Citizens of the World

Salemites were so worldly, in a good sense of the word, that they wanted to share this wealth of knowledge. Foreigners thought Salem WAS America because more men & women from Salem sailed all over the world than from any other cities in the 1800’s. Salem was the home base where all the exotic goods was returned and stored. Worldly Salemites also brought back their knowledge in written journals and ship logs. Their stewardship of all of these items is also an integral part of Salem’s history. Excerpts from the book Salem-Place, Myth, and Memory, tells of their exploits. 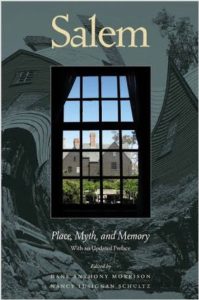 Pg. 107 “The records kept in the Essex Institute reminded Salem that it had once had an intimate acquaintance with the wider world, and had flourished in it.”

Pg. 110 “The long voyages and extended stays required in maritime commerce meant that Salem would be not only a place transformed by contact with the East, but also a place transferred. One could find Salem men and women in the most far flung regions during these years, freighting bits of Salem life on virtually every sea and to every port. Salemites, it seemed, were everywhere.”

Pg. 112 “Harriet Low’s journal is as poignant, noting of her departure, “I left home at 5 o’clock with feelings not to be described… She had begun her journal to maintain a vicarious bond with the Salem she left behind.” 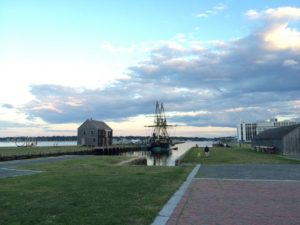 Pg. 114 “Salem’s voyagers kept their own detailed journals –paper memories—and, on their return, shared these recollections with their families and neighbors, embellishing the record and bringing home the experience of life abroad. These journals connected Salem to the wider globe and made even those who never left land feel that they were citizens of the world.”

“ Many entries read surprisingly like a National Geographic magazine or geography textbook, admirably emphasizing the accumulation of knowledge that was typical of Salem’s penchant for scientific exploration and discovery.”

Pg. 117 “The memories of William Augustus Rogers, Harriet Low, Dudley Pickman and others became Salem’s view of the wider world and acquainted Salem’s residents with the peoples of the globe. The journal of Harriet Low provides a glimpse of how different the view from Canal Street was from that of Canton…”

Pg. 123 “They told each other and themselves how Salem vessels had been so familiar in foreign harbors that the Spice Islands had become known as the Salem East Indies, and throughout the East, the name of their city had became a synonym for the entire country.”

“Later historians claimed to find in the archives of the Peabody Essex Museum “an engaging map, likely drawn by a Chinese artist about 1800, which depicts the United States from the Atlantic to the Mississippi as ‘SALEM,’ and of a map held by native merchant of Calcutta, noting only two names —Salem stretched across the map and Boston as a dot.” Yet today, these significant historical documents cannot be located. Nor can support be found for other yarns that represent Salem as citizen of the world.”

Salem was the hub of history and culture, and renowned for its stewardship.

The Peabody Essex Museum (PEM) had discussed this influence in 2004 with Smithsonian Magazine – Salem Sets Sail:

“The city was completely transformed,” says Dean Lahikainen, the Peabody Essex’s curator of American decorative art. “There were people here with so much wealth they could buy anything they wanted.” While their husbands built mansions, women wrapped themselves in silk shawls, donned carnelian necklaces and sipped tea from dainty Nanking china cups.”

And this folks, is how Salem’s City Seal came to have a Sumatra man with a ship & palm trees. It depicts how the worldly Salemites built and enriched this City. 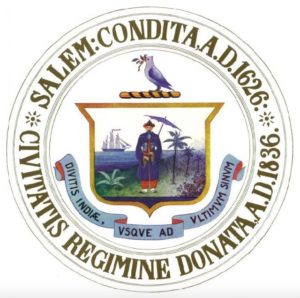 All the journals, ship & captain’s logs of the worldly Salemites, were stored in the Phillips Library. For over 100 years, residents and the general public had access to this rich and invaluable Salem history. Sadly, the Peabody Essex Museum have in recent years decided to take Salem’s history and move it almost an hour away out of Salem. Salemites today are making history by working to keep Salem history here in Salem. What happened in Salem, ought to stay in Salem. 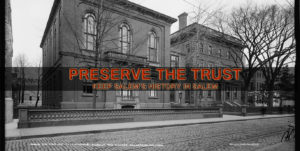 To learn more, visit the “Save the Phillips Library” page on Facebook 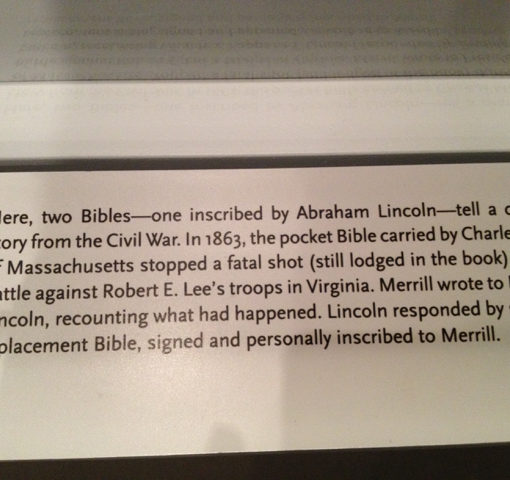 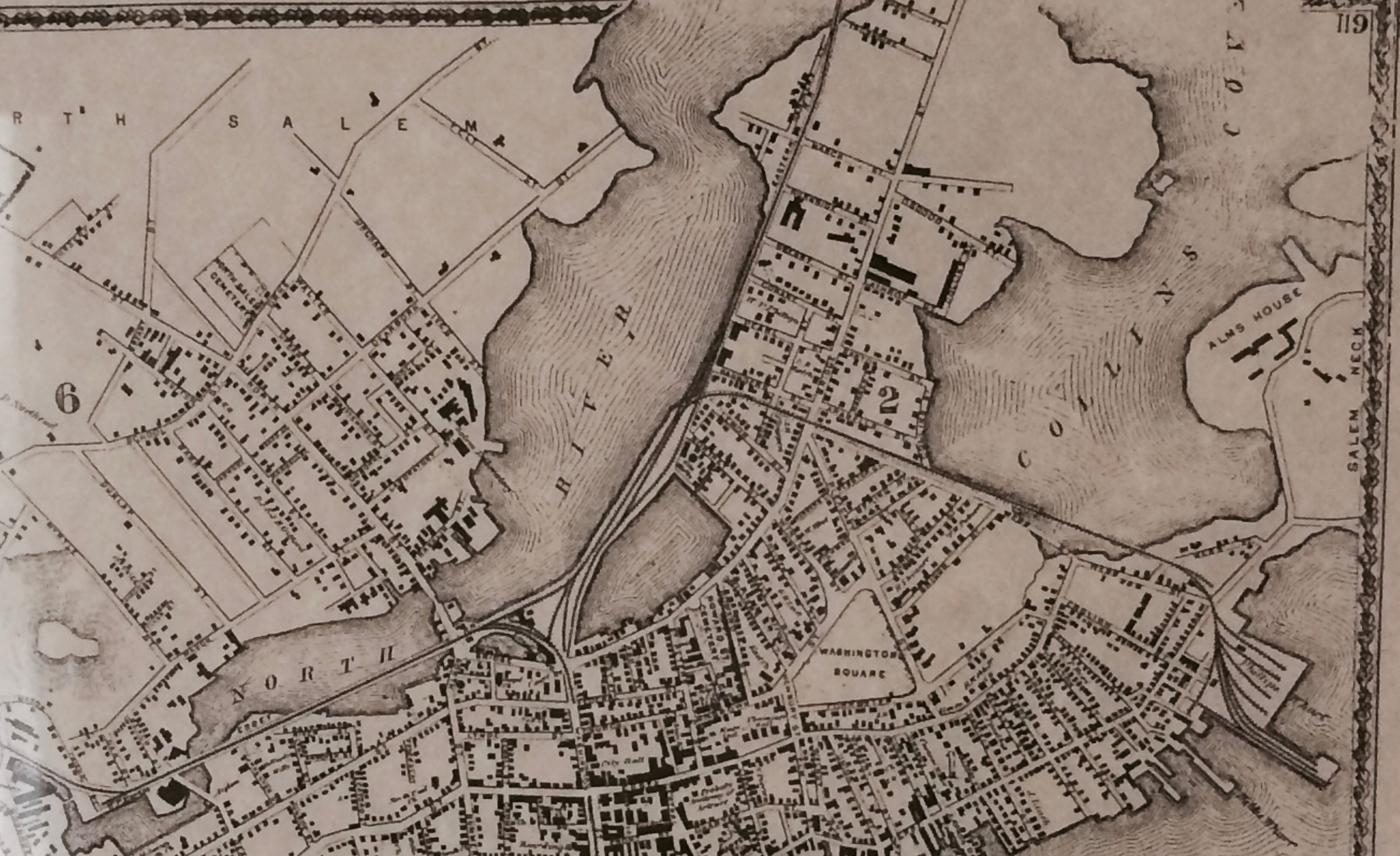 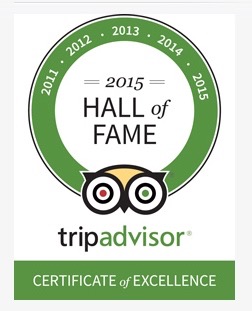